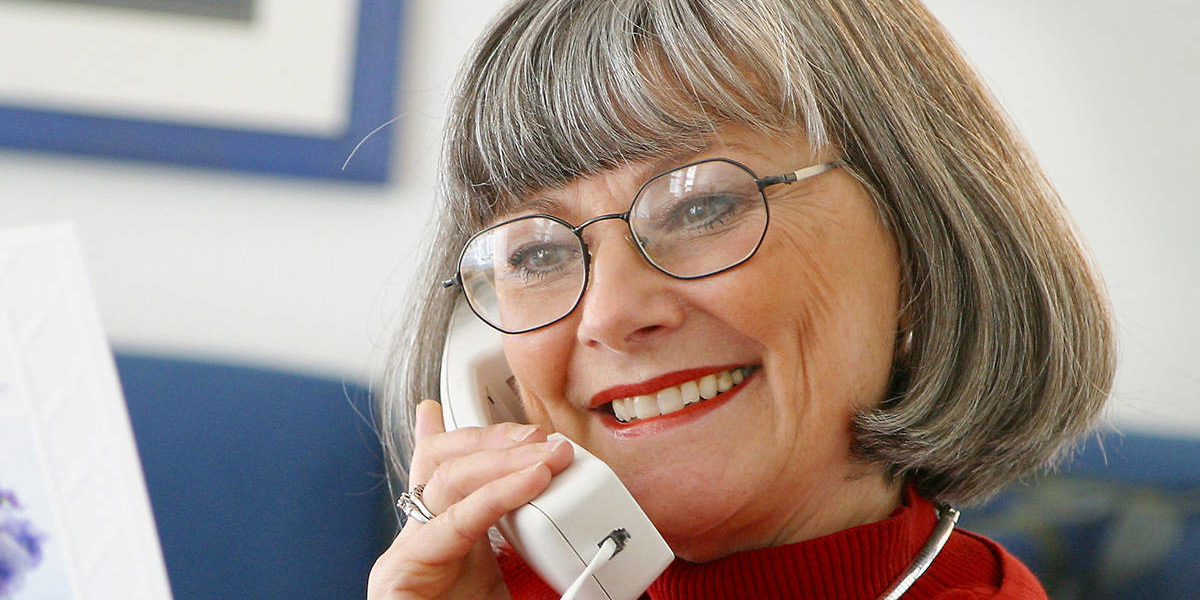 Surrey and White Rock seniors are dialing up a unique new program considered the first of its kind in B.C.

It’s called Seniors’ Centre Without Walls, a free, telephone-based exchange that allows seniors to connect with others from the comfort of their own home, for a variety of audio events including radio plays, fitness sessions, group chats, music trivia, gardening, cooking and more.

Launched in mid-April, the program sounds like something designed for these pandemic, physically-distanced times, but it was actually in the planning stages last fall, months before COVID-19 hit this province in a significant way.

Program co-ordinator Edwin Chau says Surrey’s Seniors’ Centre Without Walls, or SCWW, is the first of its kind in B.C., to his knowledge.

“The West End Seniors Network did try to pilot an initiative like this back in 2018, I believe, but that one ended up transitioning into more of a telephone support group. Ours is different.

Chau began working on the Surrey program in January.

“This program was going to happen whether COVID came up or not, it just so happens that launch date lined up with when the (pandemic) happened. It was a crazy coincidence, not actually planned.”

The Seniors’ Centre Without Walls is free to seniors aged 55-plus in Surrey and White Rock. Most of the programs are in English, but some aren’t, including a “Japanese News Channel” session every Tuesday at 1 p.m.

The June/July calendar also features dial-up gatherings such as “Stories From the Past,” “Learning Mindfulness,” “Tall Telephone Tales” and “Literature Club.”

“The radio play we did last Friday was very successful,” Chau explained. “The participants liked that one, so I’m going to work with Peninsula Productions to do another program like that in probably August or September. But the most popular program so far has probably been one called ‘You Be the Judge of That,’ which I run every Thursday afternoon – the one about real court cases. It’s based on a book series.”

The sessions are done by phone using the UberConference system. The program schedule is found online at comeshare.ca; it can also be emailed (from scww@comeshare.ca) or snail-mailed.

“On the day of the programs you have registered for, you will receive a phone call from the program to join the conference call,” says a post on the website. “Just dial ‘1’ when prompted and you’re in! Its as easy as that. No need to remember multiple phone numbers or access codes!”

“We want to keep it simple, keep it very accessible for seniors who want to participate,” Chau said. “And while putting this program together, I’ve realized that we kind of underestimate the number of seniors who are using technology and are computer literate,” he added. “I feel like the vast majority of seniors in the program do use things like email and are doing Zoom meetings and stuff, but this program is about not having to use that kind of technology. These participants pick up the phone, dial a few numbers and that’s it.”

Chau, a Fleetwood-area resident who works out of the Seniors Come Share Society office in South Surrey, said he based Surrey’s SCWW on similar programs in Ontario and Manitoba.

He said the original plan was to launch the program in a much smaller way, with three call-in sessions per week, but it all took off during the pandemic.

“We want to build it gradually over time,” Chau noted. “It is set to be a multi-year project, but then the remote model of this project just fit the bill, it was perfect, and we ended up ramping it all the way up to two or even three programs a day, every single day of the week.”

Elsewhere in Canada, Chau said participation in similar programs is between six to 12 seniors per session, on average.

“We’re averaging around eight to 10 seniors, which is great, and right now our numbers are around 50 unique active participants, in about a month of half since our launch, and we’re still spreading the word about the program.”

In the News
Go to Top